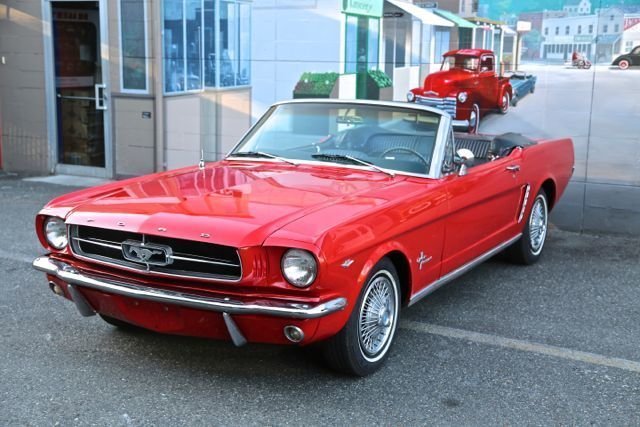 This Mustang is set up the way I like to buy them.  289 V-8 engine with an automatic transmission and power steering. Power top. This is an interesting Mustang. For one thing it has the 1966 instrument panel, why I don't know. Looks great with the wood trim. Recent new paint and  top. The door tag is gone so I cannot tell you what the original color was or if it was in fact a pony interior car.  It does have the pony interior now. Today was the 1st chance I got to take it out and drive it after having it serviced and safety checked. Everything looked good. It has an oversize engine pan. It was pulling a little bit to the right so I took it in and had a front end alignment. Now it drives great.  It's not a show car but should do well for you. Lived most of it's life in Arizona where it was bought new and has been in the same family till I bought it. The woman's kids took it in and had the engine rebuilt. Her brother bought the Mustang from her for what was owed on the repair bill and brought the Mustang home to Idaho. That was May 2010. He did not drive it that much.  I bought it from him.  We did find some rust on the underside.  Make sure you watch the video we show all. Condition # 3.