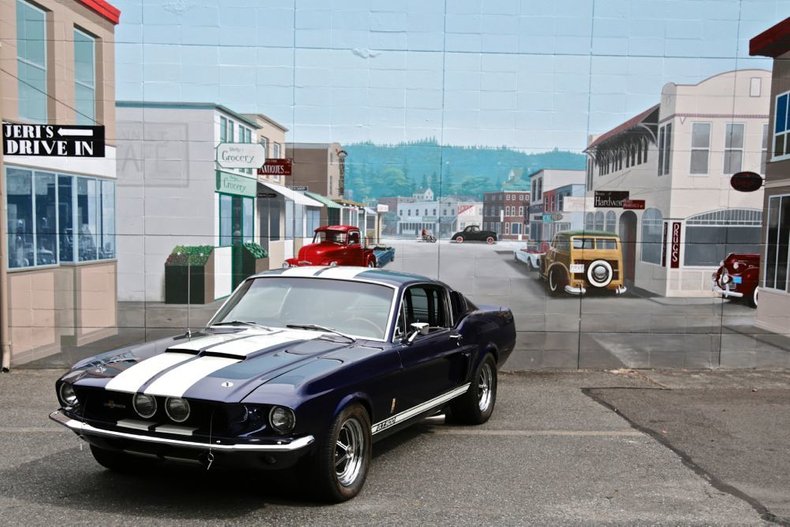 1967 Was the Last Year for the Real Shelby's 1968 they were Ford built This Shelby has traceable history. I have the original (or a copy of the original) Shelby invoice when the car was sold to a dealer in Texas.  From Texas it went to New York, to Sun Valley, Idaho and on to Bend, Oregon.  Now in Seattle, Washington and Drager's Clubhouse. In New York the GT was taken apart for restoration.  After a while he decided it was too much work so he sold it and it was restored. Dan bought the GT in 2001. In 2002 he had the engine rebuilt. It's built to about 450 HP. You will get a box with receipts, photos, history, appraisals and other information.  Also original take off parts, too. This is just in and more photos and video to come.  Brad's did the service and safety check. This GT is in awesome condition. I also bought one of the best 1965 Mustang convertibles I have ever owned from them 2 years ago. They keep their cars way above average. We have the Marti report, it's in the photos. Cond. 2+.